Here at Britelite we are always on the hunt for art that engages audiences by creating mixed-reality experiences. Since 2006, the island6 collective has been doing just that. We sat down with one of the founders to dig a little deeper. . .

So, let's start at the beginning! Please introduce our readers to the collective and describe some of the ideas you are tackling.

island6 or Liu Dao in pinyin, is an art collective of tech-geeks and creative talents driven by innovation and interaction. The original platform was established by Thomas Charvériat, Zheng Guoyang (a trained biologist!) and Kang Jingfang back in 2006. It started off as a Shanghai-based artist residency program which has now evolved into an art lab that draws on a network of local Chinese artists and international curators. The identity of Liu Dao was established with the belief that the best method for creating and experiencing art derives not from the success of an individual, but rather by collaborative effort and dialogue. The group places emphasis on interaction in order to engage artists, curators and technicians in the process of creating and experiencing art, with the direct aim of benefiting a young Chinese contemporary art scene promotionally and creatively. The collective works on a flexible open platform process that ensures all artworks are the result of synergetic thought between multiple collaborators. Liu Dao explores the cultural potential of the convergence of art, technology and science, and promotes cross-cultural dialogue through their unique collaborative philosophy.

Can you speak a bit about your interest in creating immersive and participatory environments for the public to view your work?

It’s always fun to watch visitors engaging with and experiencing the art, as opposed to just looking at it. The move beyond merely being in conversation with an artwork to actually physically engaging with it is oftentimes delightfully startling to our viewers. You are not looking at art, you’re a part of it, and thus you’re also creating art. At island6 we always try to incorporate an interactive element in our shows with an emphasis on inviting audience participation. In the past we’ve had live phone numbers people can call or text like in "The Curved Shape Of A Porcelain Heart", and artworks that react to clapping, like "All Along The Wires". We also have a few like "Red, Green, Blue Fares" that record the watcher via built-in cameras representing the idea of CCTV. The truth is, we always try to innovate with technology, this adds an exciting new range of possibilities that we’re all quite eager to work out.

How many people are part of the island6 collective?

The number of collective members has ranged from 6 to 26 people in the past 15 years. The main group fluctuates rather often, and we frequently have guest curators and collaborators from places such as Singapore, Berlin, Budapest, Vilnius, Vienna, Barcelona, Taipei, Philadelphia, Paris, Hong Kong, etc. The collective is generally pretty indifferent to where people are from (as long as they have good ideas and love art).

The idea of a modular, sprawling group of artists collaborating across borders is fascinating. With all of the various people involved how do you come up with ideas?

Generally, at island6, all the work exhibited is made on-site and specifically for the theme of a exhibition The collective works on a flexible open platform process that ensures all artworks are the result of synergetic thought between multiple collaborators.

Whenever we come up with an idea for a new exhibition, we first brainstorm on the theme. This can be a motif - such as neon signs which became "Bright Lights, Flashy Lifestyles" last year. In our current exhibition, "Food As Art As Food" we focused on exploring the intimate and unique relationship between food and people, as well as its cultural impact. This exhibition will end soon, and so we’re currently working on our next idea (hint: it involves fast cars!). When we figure out what the exhibition should be about, the curators elaborate on the intellectual background and the art directors commission the artists to make artworks for the exhibition.

Our artworks usually consist of paintings, traditional Chinese papercut (Jian Zhi) images, bamboo paper collages, electric circuits of LED/TFT screens, sound/motion sensors, speakers, controllers and media players. Everything is handmade and everything is created in our M50 Shanghai workshop by our artists and technicians. It takes 6 to 8 weeks to make an artwork from concept to finish.

The paintings and papercut images are based on photographic research on the given themes, while the animations are video performances shot in a life-sized chroma-key stage in our studio. Our creative method is similar to film production where everybody has a special role - director, actor, cameraman, scriptwriter, costume designer, lights technician, editor, etc. Similarly, collaboratively producing artworks involves many individuals with various disciplinary skills and abilities, creating a multifaceted result. Here at island6, everybody does what he/she does the best, and even though each artist only makes a fragment of each artwork, the art directors and the curators are able to organize all the pieces of the puzzle together.

Considering all of the steps involved that is a pretty speedy turnaround time from concept to execution! Over the last 15 years what sort of shifts have you noticed as far as humans relationship to technology?

Looking at new media art from a broader perspective, it has developed from experimenting with the medium itself to experimenting with “each other”. Nowadays, it feels natural to be surrounded by technology. The question is: what is the most essential thing in art that technology changes? We think it’s that it invokes collaboration on different levels. Its multidisciplinary nature makes artists work together, while sensorial technologies engage the audience in interaction. One of our favorite art groups, the Japanese Team Lab collective creates non-object-oriented interactive experiences while Random International, another group creates interactive sculptures. We feel very close to us what these multimedia artists do, not only because they are groups just like us, but because this is the very nature of contemporary art: the artwork is not what you see hanging on the wall, but what happens between the object and the audience within a certain environment. Liu Dao uses interactivity in a similar way. When you enter our M50 space, you never know which artwork’s animation is going to change if you move closer, "Sunny Day, Sudden Rain" or which sculpture is going to speak to you, "Take Me Out". This environment confuses the audiences, leading to awkward moments when they wave at non-interactive artworks or disassembling sculptures, not knowing where the artwork begins and ends, what you can do and what you can’t do. We can’t blame them for that.

Many members of island6 are based in China. What is your perspective on the artists' role when it comes to activism and social critique?

island6 is not political in nature. The best way to read the news is by reading the news. Seeing anything like that through the eyes of an artist isn’t relevant in China. We don’t need to be political for our art to speak. Not because we think it’s dangerous in any way in terms of censorship but because we don’t feel it’s the correct voice. We’ll leave that kind of thing to people like the Guerrilla Girls because they’re good at it. Social change can happen in other ways but we’re here to make art. We focus on intimate feelings and cultural phenomena. We are interested in combining and expressing the feelings of the past, the present, and the future. We approach art in an “art first” manner. We are trying to examine and express feelings and aesthetics that are more intimate and perhaps less obvious than politics. We’re exploring the relationship of things in regards to art, technology, and science.

In that case do you feel like it is significant that your members come from all over the world?

There is something powerful in groups of artists working together to create one final product. There is a momentum in this process that expands the imaginative horizons of those involved. The cross-cultural elements of the process only strengthen this expansion of imagination.

For example, "All The Things I Wish We'd Learned" is inspired by photographic references from many streets in Shanghai. In fact, our creative team shot each hanging garment separately from Shikumen Lane Houses off Changping Road. A Shanghainese artist hand painted the street scene. A Hong-Kongese performance artist was then video recorded walking a tightrope. An LED animation of that recording was then created by the art director. After, our technicians from Jiangsu province assemble all the components in our workshop, and the final piece was documented and a blurb was drafted by one of our creative writers who come from places such as Budapest, Shanghai, and Illinois.

Looking at a seemingly familiar object as an outsider allows one to look with fresh eyes, and maybe realize that what was once a familiar object actually has more depth and nuance than previously thought. A perfect example of this is our vending machine inspired pieces like "Sodadorinku" or "Sweet Hanbaiki", wherein the art collective take something from everyday life and transform it into something almost extraordinary.

It is important to note that the outsider perspective is not limited to an East/West dichotomy. Liu Dao tries to bring a versatile group of different artists with different styles together in order to create a wide arrangement of well-crafted artworks. Perhaps in this type of environment, everyone has a chance to be an outsider, and to look at their own work with fresh eyes.

Thank you so much for taking part in this interview! We look forward to checking in again in the coming years. 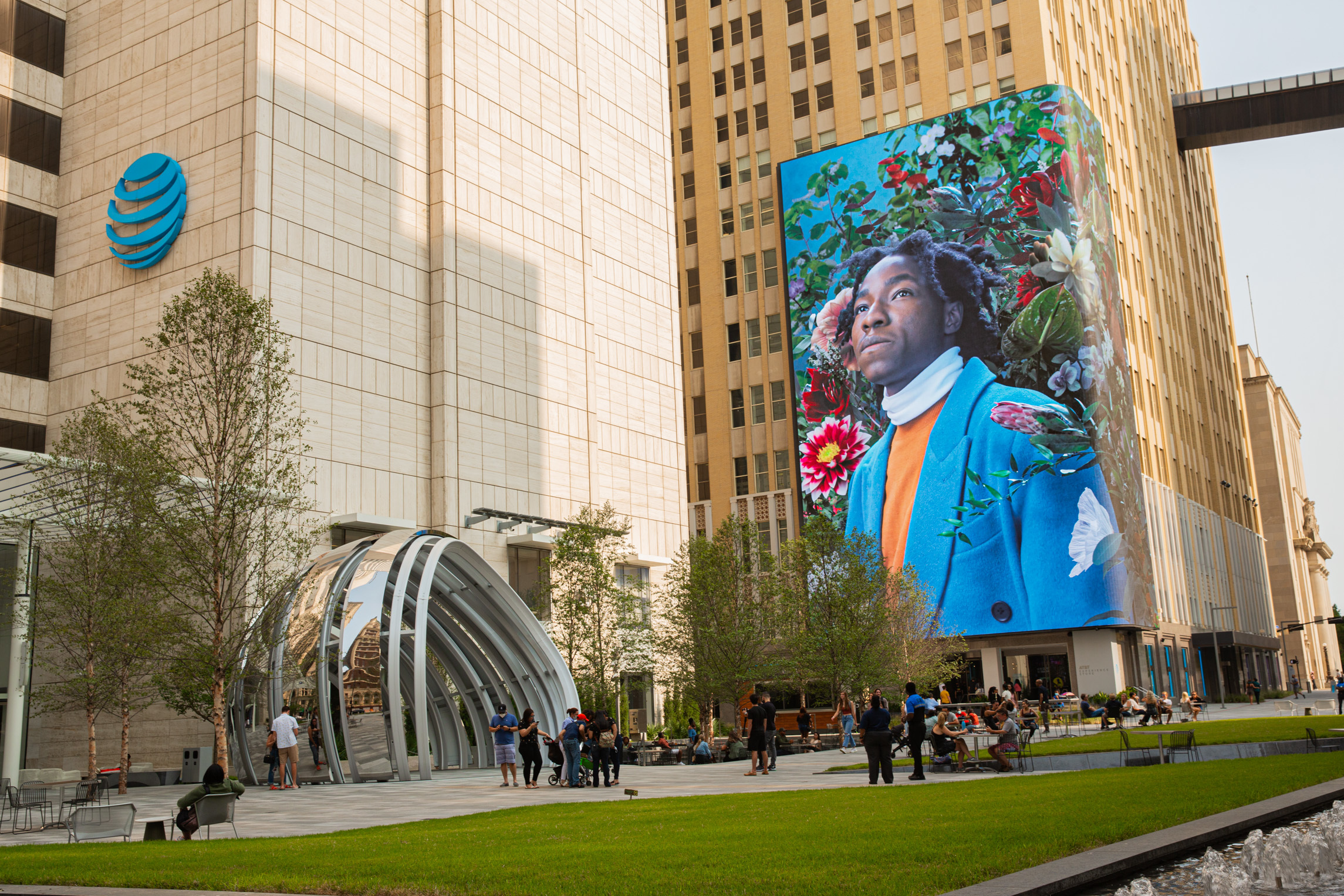 6 Digital art installations to see in 2021 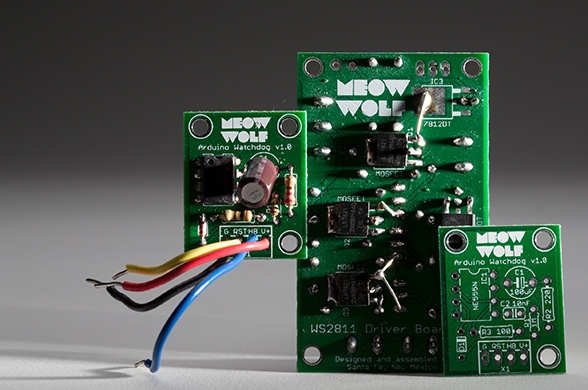 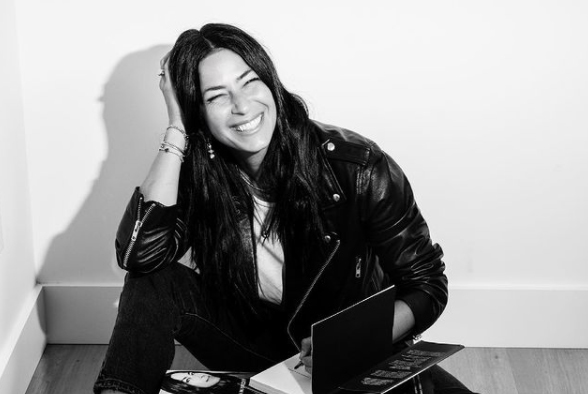